Group Tour Media began in 1980 with the publication of Shoreline Living & Visitors Guide, a magazine directed at showcasing West Michigan festivals, events, and businesses to thousands of area visitors. Two years later, the services of Group Tour Media were expanded to include the publishing of brochures and promotional materials. Following this expansion, a sideline motorcoach charter business was formed. Founder Carl Wassink and a partner purchased a few buses and developed a bus company named Tulip City Charters. At this time the insurance industry was going through a crisis with huge rate increases and Carl was driving the buses every weekend. Through his travels he noticed a need for more and better information for the group tour planner. This realization inspired Carl to sell his motorcoach business and expand the publishing company.

In 1987 the first edition of Michigan Group Tour Magazine was published. The 3,800 copies of the 16-page magazine, printed on tabloid-sized newsprint, were distributed nationwide. Shortly thereafter, Wisconsin Group Tour Magazine was launched. Both publications proved to be successful! A plan was established to cover the United States and Canada by means of regional editions within five years. Today, this plan has become a reality. Group Tour Magazine is currently publishing three editions: Western U.S. & Canada, Southeastern, and Northeast, The Heartland & Canada. 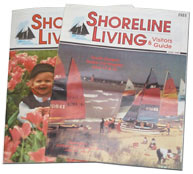 I love information provided that lets me know of the fun and education experiences I can expose students to. It’s a great planning tool.

ABOUT US
Welcome to Group Tour Media, the world’s largest travel resource for the group tour industry. Headquartered in the United States, Group Tour Media is a business-to-business publisher with a portfolio of innovative ideas that work. With predecessor companies dating to 1980, Group Tour Media produces an array of regional and niche publications, digital solutions and custom publications dedicated to connecting decision makers within the group travel industry worldwide.
Contact us: webmaster@grouptour.com
FOLLOW US
© 2019 Group Tour Media All rights reserved