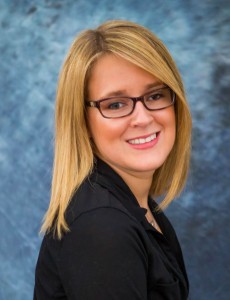 A May 2013 graduate of Michigan State University, Courtney majored in both journalism and professional writing. After spending four years at MSU in East Lansing, she can proudly say that she “bleeds green.”

Courtney loves to travel, something instilled in her by her parents and grandparents. She began traveling as a child and even played “travel agent” in elementary school, researching and selecting a Florida vacation spot for a family trip. The destination she found was Sanibel Island, and to this day her family still travels there every year.

In her spare time, Courtney enjoys cooking, a skill she honed while working as a student cook in the MSU dining halls. She loves reading (and rereading the Harry Potter series), scrapbooking, visiting her family and watching Michigan State football. Courtney also volunteers as a judge for Odyssey of the Mind regional, state and world competitions, having competed in the creative problem-solving program for eight years. She loves giving back to an organization that gave her so much.

Although she’s new to the travel writing game, Courtney is eager to explore new destinations and continue learning about the group travel industry.

ABOUT US
Welcome to Group Tour Media, the world’s largest travel resource for the group tour industry. Headquartered in the United States, Group Tour Media is a business-to-business publisher with a portfolio of innovative ideas that work. With predecessor companies dating to 1980, Group Tour Media produces an array of regional and niche publications, digital solutions and custom publications dedicated to connecting decision makers within the group travel industry worldwide.
Contact us: webmaster@grouptour.com
FOLLOW US
© 2019 Group Tour Media All rights reserved